This is a story about Max…

We serve pediatric oncology patients by providing a little wish that brings hope, comfort and joy. Your donation or direct purchase of a Little Wish goes a long way towards relieving a child oncology patient when they need it most.

Live Life to the MAX!

“Little Wish” is a nonprofit 501(c)3 organization that was started by Liz Niemiec, at age 17, in the memory of Max Olson. At age one, Max was adopted from Russia and was brought to the Olson’s loving home. At age four, Max was diagnosed with Wilm’s Tumor, a rare kidney cancer, In December of 2007. Unfortunately, his two-and-a-half-year battle ended. His unbelievable courage and strength is the inspiration behind Little Wish Foundation. 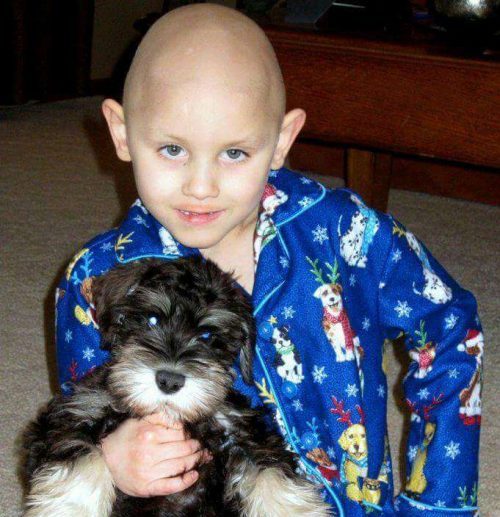 Max’s little wish was to have a pet dog, which his parents granted and he so excitedly named “Chewy,” after his favorite Star Wars character.  Liz saw how happy this gift made him so she decided she wanted to make “little wishes” come true for other children suffering from cancer to bring them some happiness.  This idea led to the creation of Little Wish Foundation.  We have found that these “little wishes” granted have given children with cancer hope, happiness and sometimes a reason to get through the day. A little wish is much more than a distraction for a child battling cancer, but each wish granted stands as a testament to being there to help “Max’s friends,” as he was well-known for making many friends amongst other kids, nurses and doctors in the hospitals while receiving his treatments. Live Life to the MAX!”

Little Wish Foundation is a 501(c)3 non-profit organization that grants wishes to children with cancer.

Little Wish Foundation, of Indianapolis, is not associated or affiliated with Little Wishes, of San Anselmo, CA.